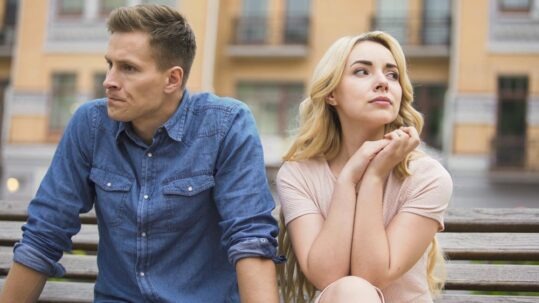 Can a promotion increase the odds of divorce—or even be the primary springboard that catapults a couple to separate? That might be the case according to a recent article in The Atlantic, and at the Law Offices of Jeffrey M. Bloom we have definitely seen an uptick in divorces when half of a couple gets a demanding, stressful, high-paying job or a promotion.

According to Swedish researchers, enjoying a career milestone can affect marriages (and not always positively). You might think that more money can lead to a more stable marriage, especially since financial woes have long been linked to divorce rates. However, at least in Sweden, researchers have found a direct link between a woman’s success and divorce. Researchers Olle Folke and Johanna Rickne analyzed women who took on leadership roles and discovered that women elected to parliament or who became mayor were more likely to get divorced compared to men who achieved the same titles and roles.

Does Success in Your Career Mean You’re Doomed to Divorce?

Of course, looking at political leaders is a very niche category. The Swedish researchers expanded their analysis to include the corporate world—and found that the trend continued. In fact, women who became CEOs were twice as likely to get divorced within five years after that success compared to men. There seem to be certain jobs and promotions that are more aligned with divorce for women than others, though. Politics and major corporations seem to be hotbeds that lead to divorce for women, which might be why numerous US studies have revealed that American women tend to downplay their professional success.

In the US, studies have found that when a woman makes more money than her husband, they face a greater risk of divorce. In Sweden, there are more females in politics and working as CEOs compared to America, but the two different cultures still seem to play a major role when considering promotions and divorce. The Swedish researchers claim that Swedish women are still being told that they need to “find their prince,” which means a husband who is more financially successful than they are. The majority of heterosexual relationships and marriages in Sweden are still considered “traditional,” which the researchers say really means unbalanced.

The researchers have found that the more successful a woman becomes and/or the more money she makes, the more she upsets this imbalance. More equality, particularly when it comes to careers and divided household tasks such as childcare and cleaning, simply leads to a higher divorce rate. This success appears to “threaten” the implied marriage contract according to researchers. Plus, divorce rates are higher for younger married women compared to their husbands. When a successful woman is at least four years younger than her husband, divorce becomes very possible.

When the researchers interviewed Swedish husbands (and ex-husbands) with young, successful wives, the recurring theme was that their wife “just didn’t care about him or the household anymore.” They perhaps thought they were signing on for a stay-at-home wife (or in some cases a trophy wife) and were not pleased when the fantasy fell apart.

Are You Considering Divorce?

People change and careers are likely to evolve over the course of a marriage. Hindsight is 20/20, but unfortunately, we can’t go back in time. Sometimes divorce is the best option and when that happens you need to protect yourself—and your assets. Ideally, this begins before anything is filed because your divorce attorney is going to be with you throughout the entire process, and perhaps afterwards if child custody or child support is involved in the proceedings. Finances are one of the biggest factors in any divorce, and especially if one spouse makes a lot more than the other.

Divorces are never easy, especially when at least one half of the couple is a big earner. The best thing you can do for yourself and your future is to work with a leading divorce attorney. This ensures the quickest and smoothest possible resolution so you can move forward with your life, your career, and your future personal relationships. Call the Law Offices of Jeffrey M. Bloom today at 855-208-3650 and schedule a consultation with a reputable divorce attorney near you.